Historic Properties of the Ipswich Museum

Built around 1800, this turn of the century home offers a rare example of Federalist architecture in Ipswich. It was built and designed by John Heard (1743-1834) for his large family.  The house is characterized by a formal, symmetrical design, 2 ½ stories with hip roofs, an elaborate columned entrance, and four corner chimneys. This type of architecture is much more common in towns like Newburyport, or Salem, where the McIntire District boasts numerous houses by the architect Samuel McIntire, who was a master of the Federal-style home.

The Heard House has 35 rooms and 18 fireplaces. Three generations of the Heard family lived in the house until it was purchased by The Ipswich Historical Society (now the Ipswich Museum) in the 1930s.  It was opened as a historical house museum in the 1950s. 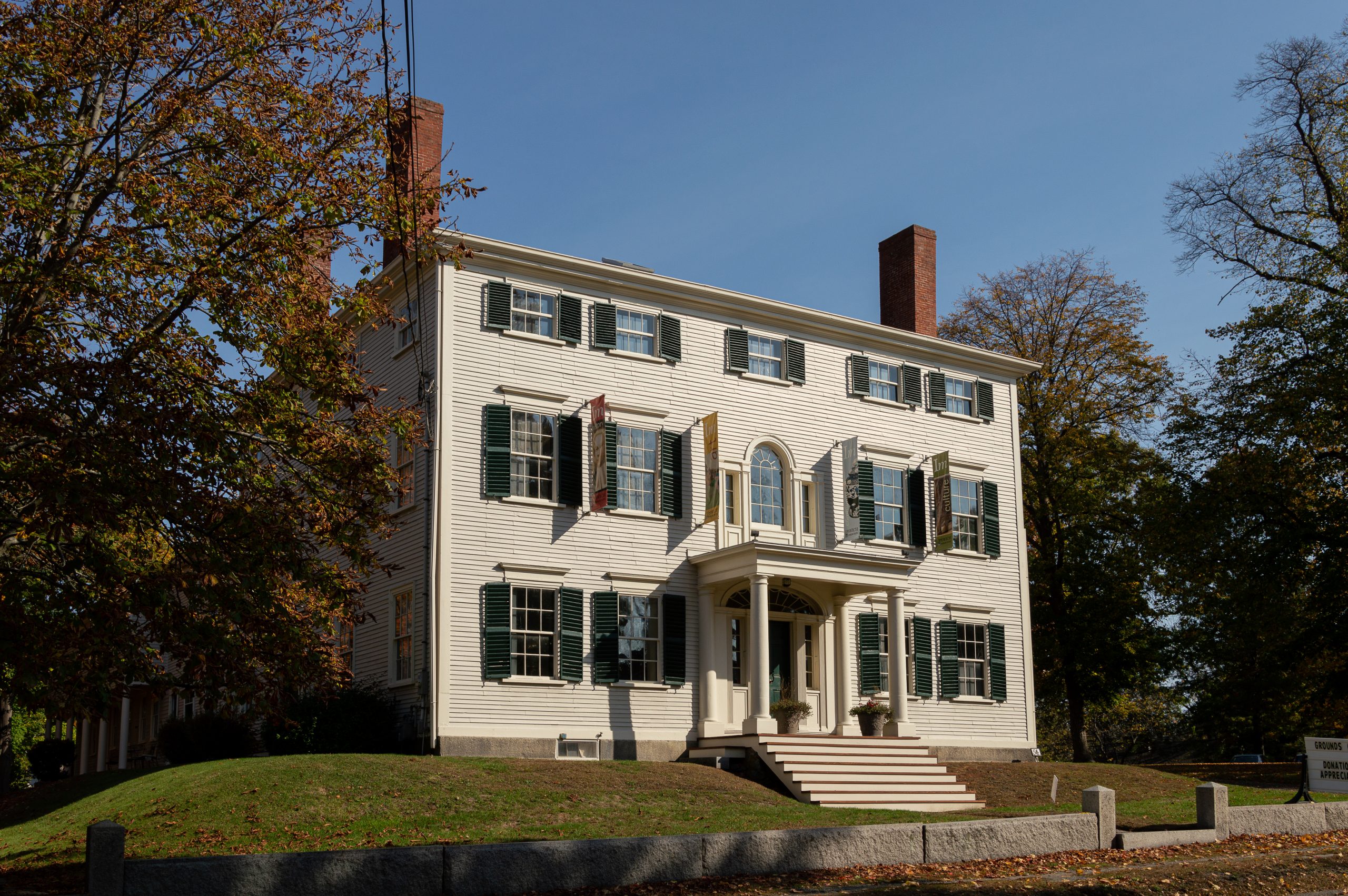 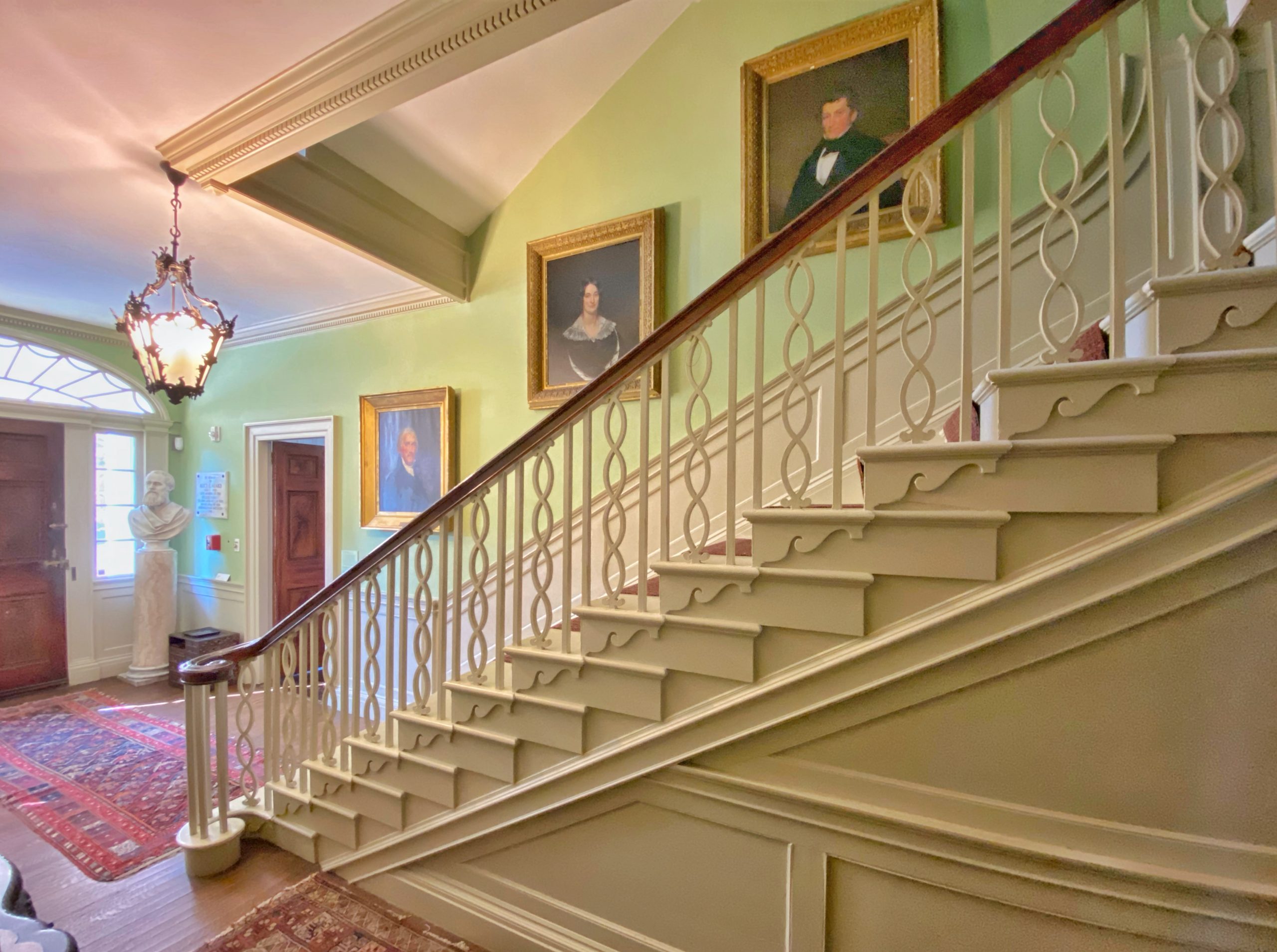 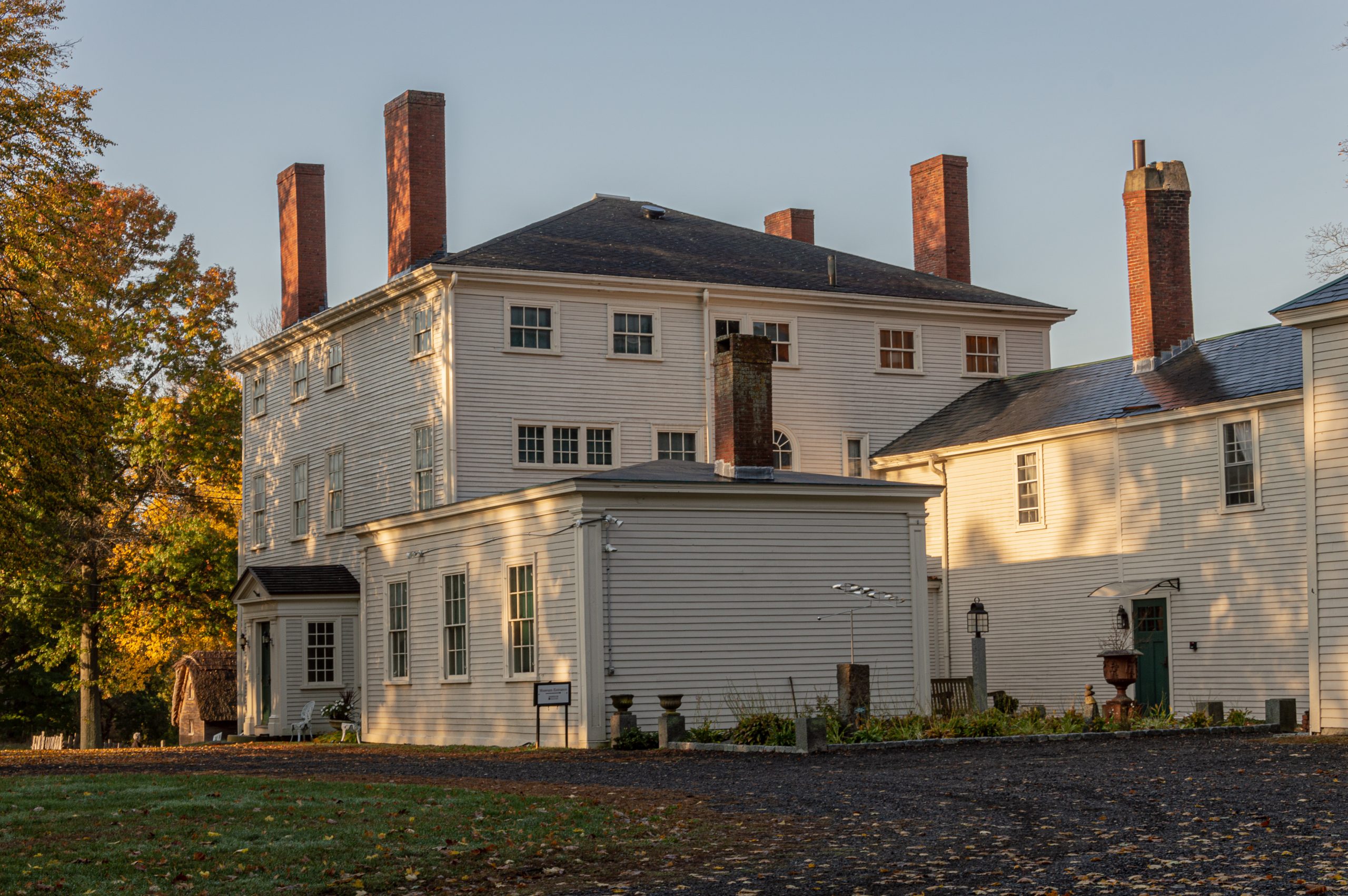 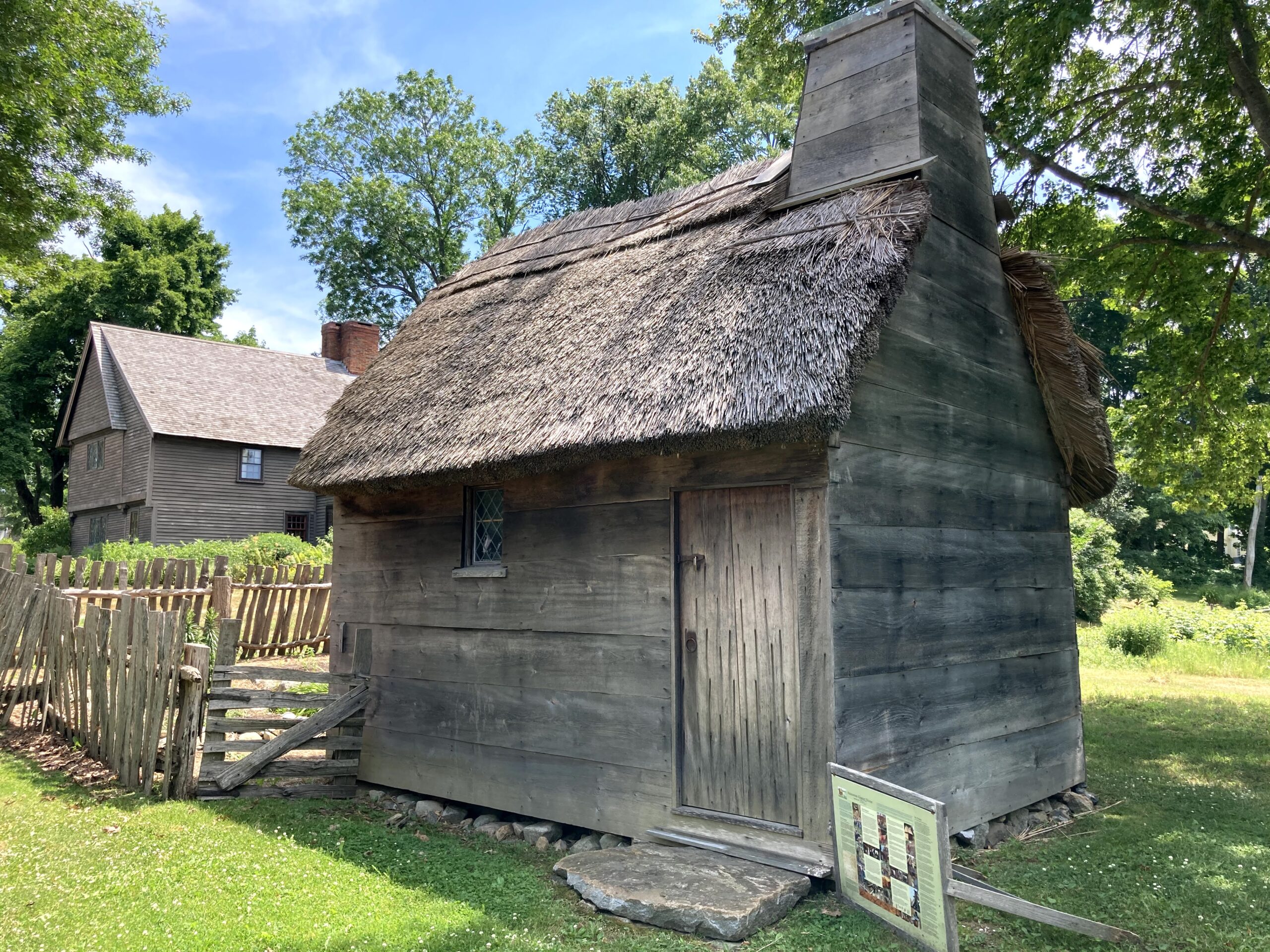 Alexander Knight was one of the early settlers of Ipswich, arriving here in 1634 with his wife. Previously, he had been an innkeeper in England and found success during his first years in Ipswich. Unfortunately, he suffered a series of tragedies, including the loss of his infant son in a kitchen fire for which he was found negligent. He may also have been physically disabled. The town of Ipswich voted in 1657 to spend 6 pounds to construct a house for Knight on High Street. The house that you see here is a replica of that original structure. It was built using period tools, locally harvested trees, and up-and-down sawmills similar to the one that began operating at the Ipswich Lower Falls in 1652. Just as the original, it has a stone foundation, with a cellar hole for root vegetable storage, and a white oak frame with gunstock posts that are wider at the top. The beams are joined by mortise and tenon joints held together by trunnels or tree nails. The wood-frame chimney is coated with wattle and daub, which is a mixture of mud and straw that hardens as the fireplace is used.  The siding and floorboards are made of pine and the house is completed by a thatched roof. There are a few windows without glass, which is common to this type of dwelling since glass had to be imported from Europe in the 17th century. In many respects, this house is typical of a modest home for early settlers. The Whipple House, by comparison, was considered a mansion in its day. Many of the first period homes that still exist were the homes of wealthy families. Modest homes like the Knight House were often moved, demolished, or incorporated into other houses.

The 1677 Whipple House, originally located on Saltonstall Street in downtown Ipswich, was built in the timber-frame style of East Anglia, England, where the Whipple family originated.

The house is one of approximately 60 first period houses built between 1625 and 1725 that remain standing in Ipswich today. Captain John Whipple constructed the left half in 1677; between 1680 and 1690 the house was doubled in size, and again in 1710 it was enlarged with the addition of lean-tos in the rear of the house. In the 19th century, the house fell into disrepair and was used to house mill workers at its original location downtown. In 1898, the house was purchased and restored by the Ipswich Historical Society (now the Ipswich Museum) and was opened to the public as one of the first historical house museums in the United States. In 1927 the Ipswich Historical Society moved the Whipple House to its current location onto land donated by the Crane family.

Timber-frame construction used mortise and tenon joints, where one end of a beam is a groove and the other a tongue. Wooden pegs were used instead of nails. Walls and ceilings were plastered with ground clam shells. The original diamond shaped windows were imported from England. In 1960 the Whipple House, which was a mansion in its day, was designated a National Historic Landmark by the National Park Service.

The Whipple family lived in this house for 150 years. Captain John Whipple, lived with his wife Martha, his 6 children and a young Native American man named Lawrence who was enslaved by the family after he was captured during the King Phillips’ war in 1675-76.

Whipple became one of the richest men in Ipswich, by running a malt house and a lucrative fulling mill on the Ipswich River. Upon his death, the house was left to his eldest son John, who followed his father’s footsteps in the military service. Major John Whipple, his wife, daughters and two slaves moved into the family home in 1683 and embarked on expanding and changing the original house. 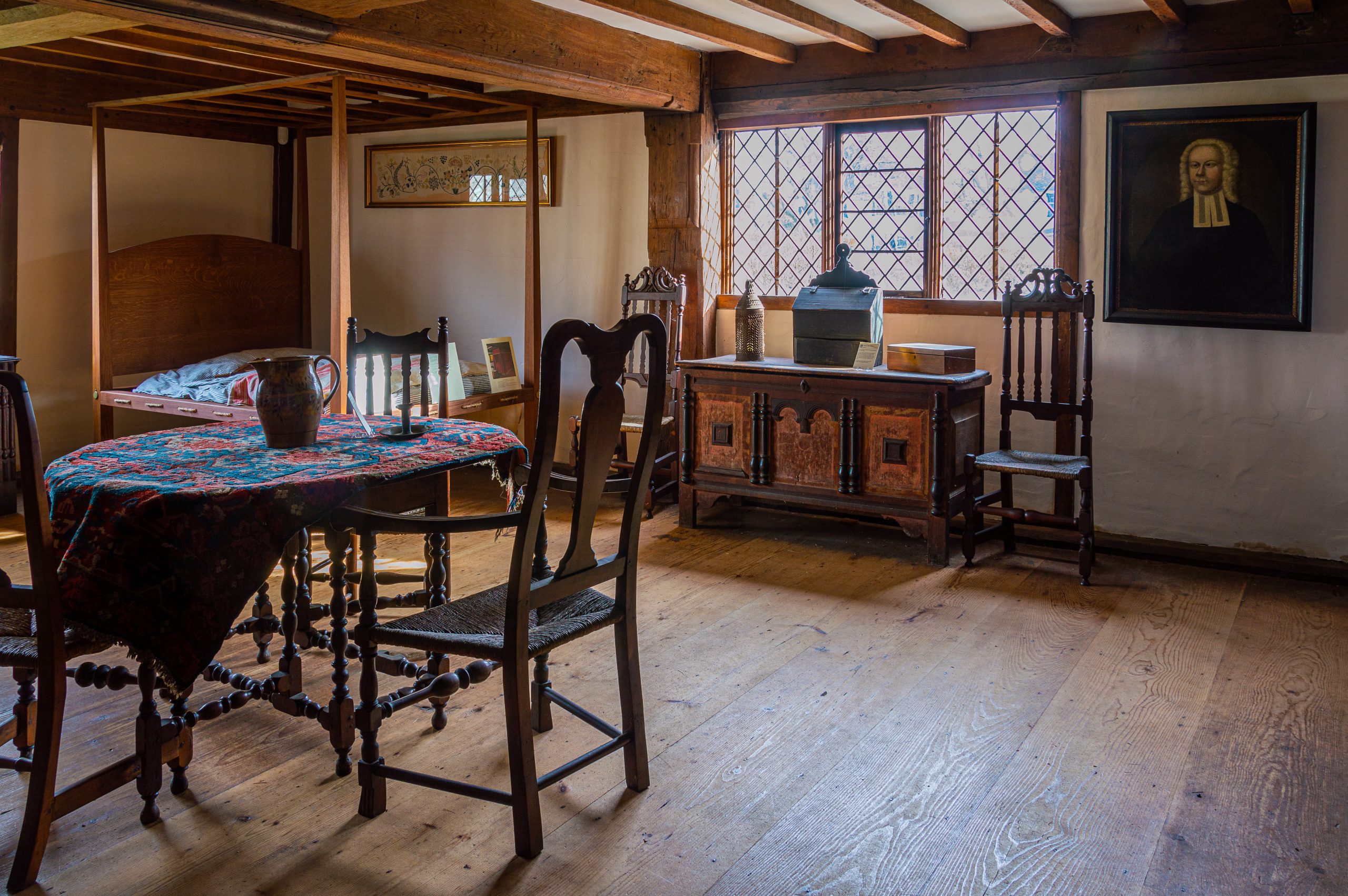 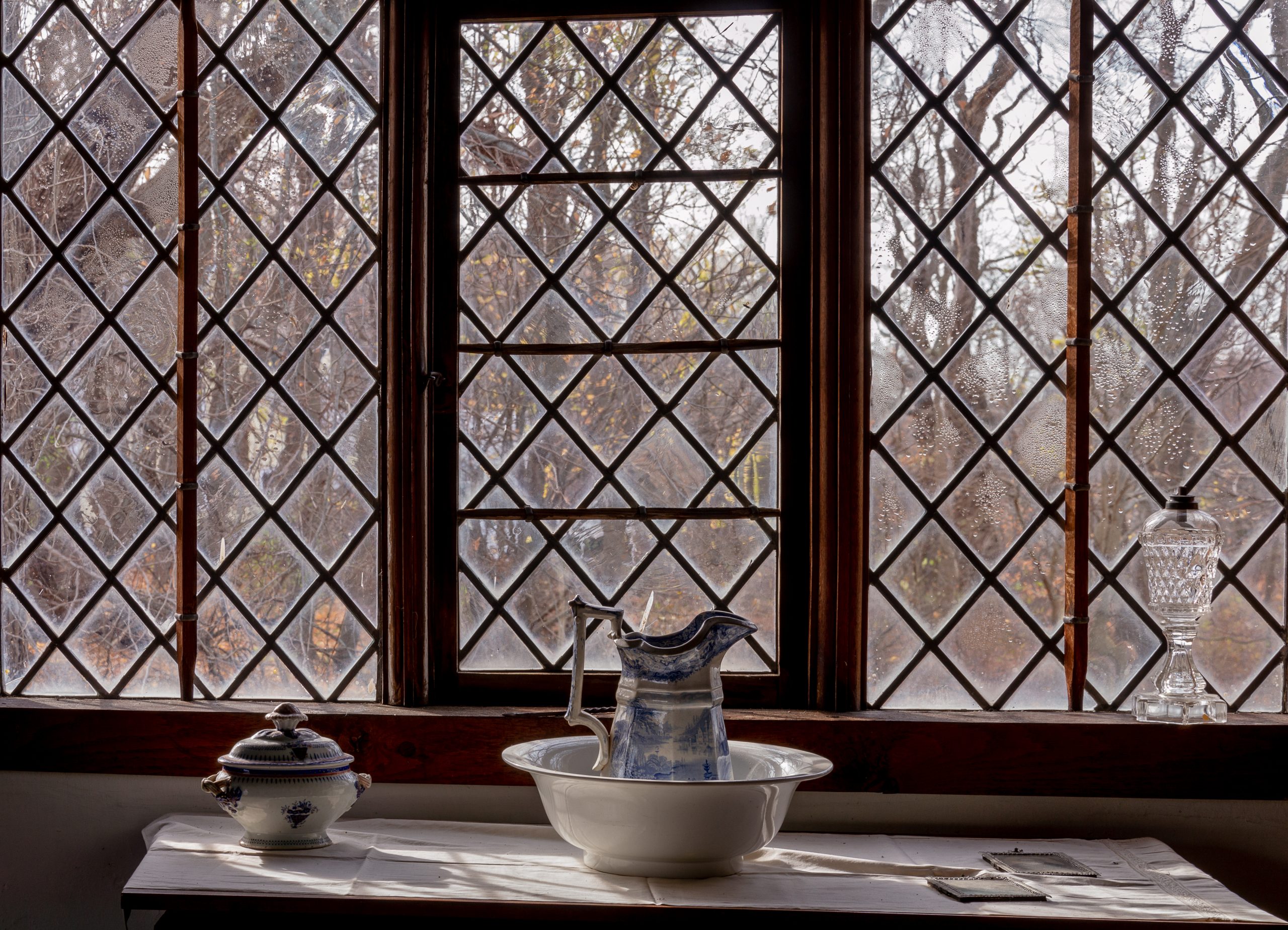 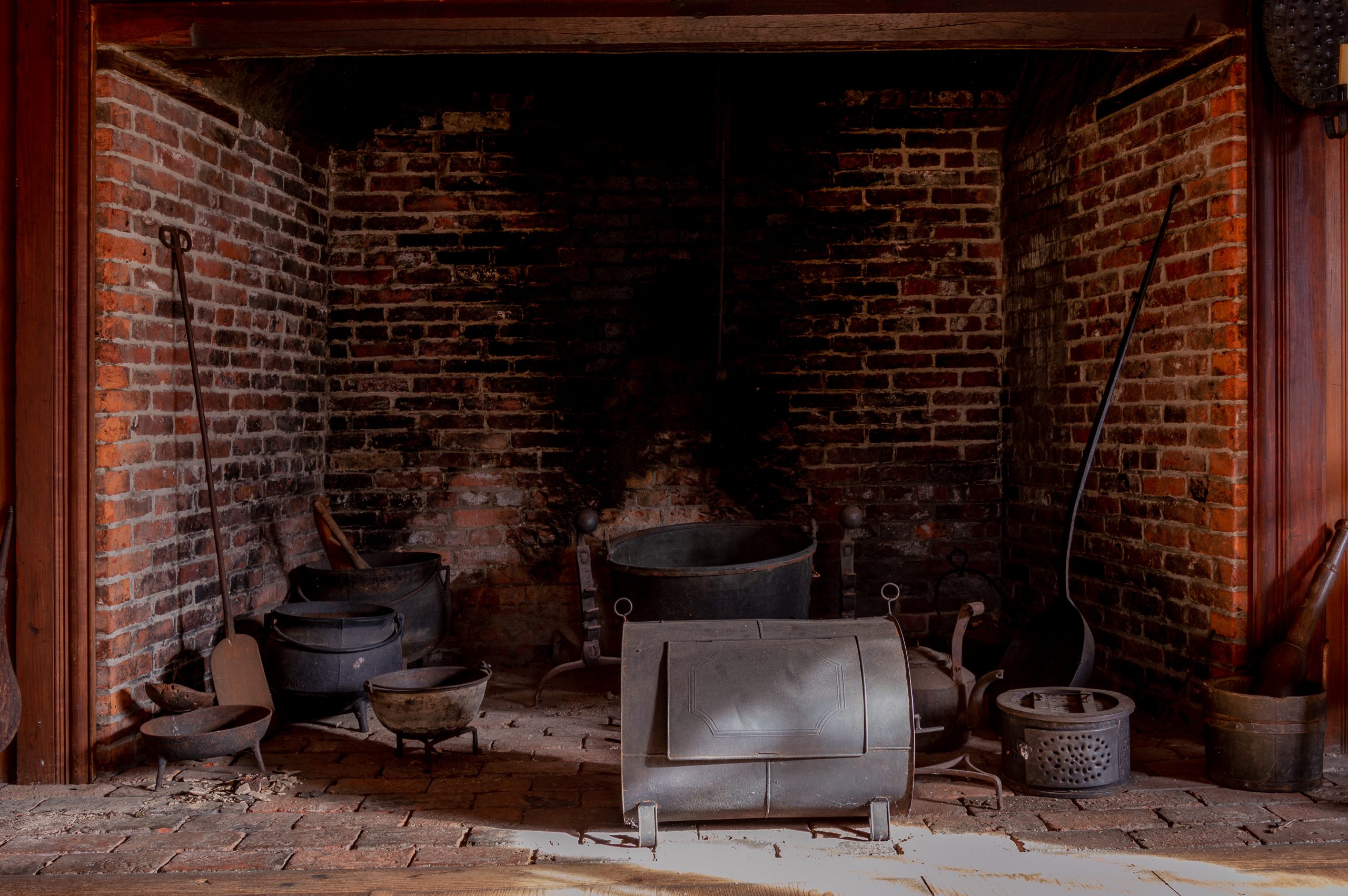 Stay informed of the upcoming events and classes